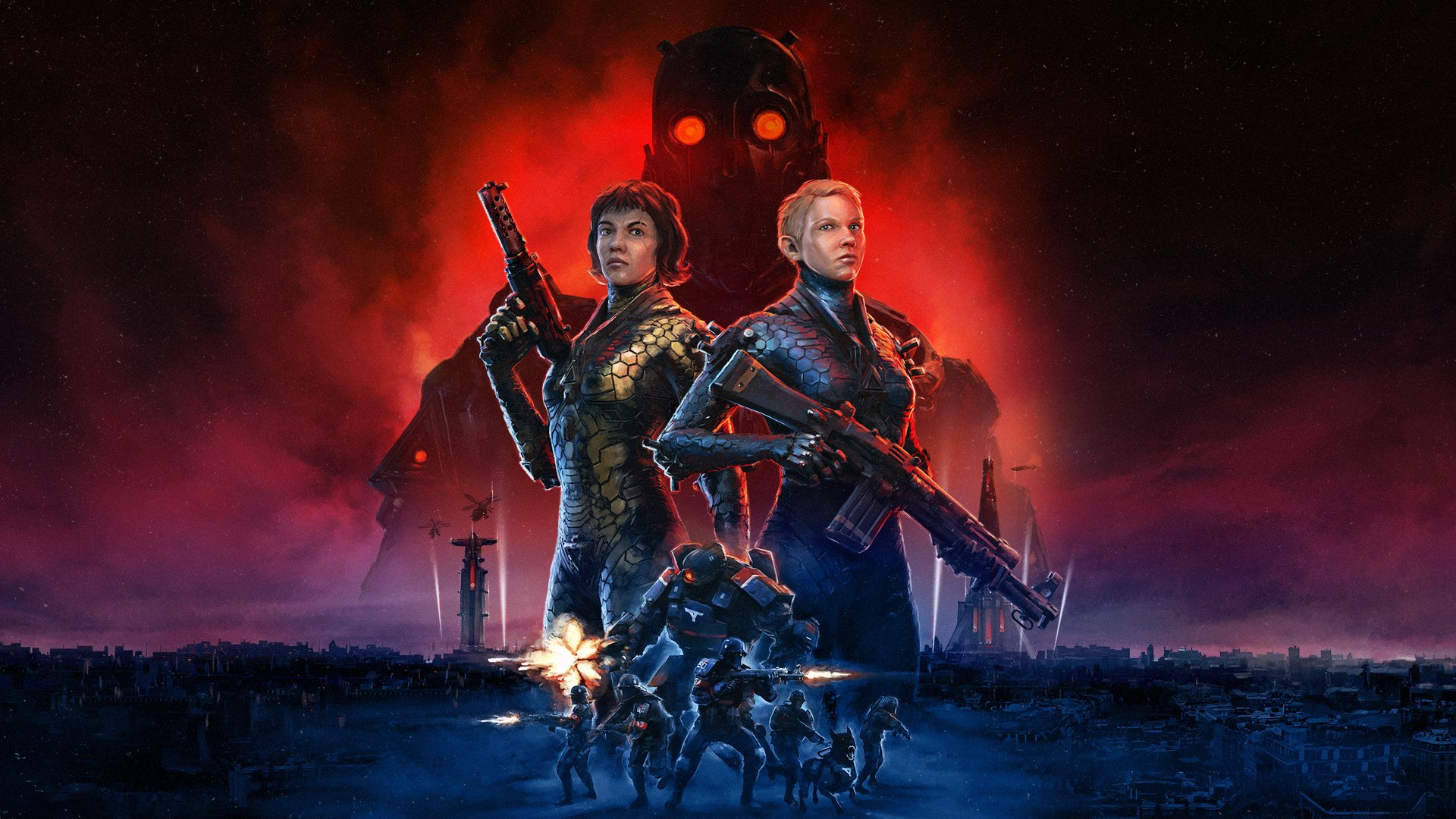 Wolfenstein: Are you excited for Youngblood? One of the most established series in game history, the Wolfenstein series meets co-op gameplay mechanics. So our friend and I will hunt the Nazi Wolfenstein: Youngblood is enough to buy? What’s new in the game, or is there an innovation? At Wolfenstein: Youngblood, where we had the chance to try at the E3 2019 fairground, we will briefly discuss what awaits us.

The 80s … The legendary Nazi hunter BJ Bazkowicz has disappeared. Blazkowich’s twin daughters, Jess and Soph, set out for Nazi-occupied Paris to find out what happened to their father, who suddenly disappeared. Born in the heart of the war, the twin brothers were born to hunt the Nazi. Carrying the genetic heritage of their father, Jess and Soph, with their playful personalities and vicious movements, also reflects BJ Bazkowicz’s mildly crazy personality.

In Wolfenstein II: The New Colossus, the power armors we wore allow for different gameplay. Armors offered different features such as privacy or firepower. In the game where two people can play co-op, will both characters give us a difference in the gameplay, will the armor they wear make the two characters acquire different characteristics? No explanation has been made. We’il see that when the game comes out. However, we know that there is a level system and skill tree in the game.

ID Software and Arcane Studios collaborate on the construction of Wolfenstein: Youngblood. We will see the effects of Arcane Studio largely in the open world of the game. Since Wolfenstein Youngblood will be co – op gameplay mechanics, the game map needs to grow. Bethesda has made a good choice by bringing Arcane, who creates original works with map design, to this task. Dishonored and Prey breezes will be seen especially on the map of the game. Dishonored series and Arcane Studios’ layered section design, which was developed lastly by Prey, will be presented in Wolfenstein Youngblood.

In one chapter, there will be different ways of progress, and the number of alternative paths will be higher than in previous games. In particular, Prey’s map structure was truly enormous. Areas to explore, alternative routes, and confusing yet entertaining section design were the most unique aspects of Prey. A wider and more complex section design with a little Prey breeze can make Wolfenstein: Youngblood a deeper game. However, a completely linear and superficial gameplay will make it even easier when two people play the already quite easy game. Wolfenstein: Youngblood cannot go beyond meaningless action.

We also had the chance to try Wolfenstein: Youngblood at the E3 2019 fairground. Co-op mechanics make gameplay a little easier. When two people move together with machine guns, you become a destructive force and you become a killing machine. This makes the game feel like we’ve opened more tricks. Apart from firepower, some new dynamics have been added to the game for co-op gameplay. For example; your friend is injured and can remove it in thought, or to move forward in a section we need to open the doors. We also have to open these doors together, for example by pressing the button at the same time. Co-op gameplay can become more fun if we encounter puzzles and episode design, where co-operation becomes more prominent, and we need a little more mind-bending. Wolfenstein: Youngblood now has a level of enemies and life bars. Just like the MMO games, the bar above their heads says how much Nazis have left. Okay but why?

Wolfenstein: We know there will be micro-payment methods at Youngblood. We will be able to make some miini payments in armor customization options, but these micro payments will not affect the gameplay, but only for cosmetic items.Jerk Gustafsson of the developer team made the following statement about the playing time of Wolfenstein: Youngblood: “This is a bit odd because it’s a big game. But the development time isn’t that long. Ver This allowed us to prepare a lot of different activities and tasks to do in the surrounding area. Da In total, the duration of our game will be much longer than any other series in the series. Iy I think it takes about 25 to 30 hours to finish Youngblood. Graphically, there is no significant change in Wolfenstein Youngblood. Coating quality, lighting, even animations are almost identical to the previous two games of the series. Wolfenstein: We can say that Youngblood is actually an intermediate game. According to the reactions, the co-op mechanics will be looked at whether they are liked or not, and the series seems to draw a different course accordingly. I’m guessing that the story of BJ Bazkowicz, who has gone missing, will continue with the main game in the next generation.

Wolfenstein: Youngblood will be released on July 26 for PC, Playstation 4, Xbox One and Switch.